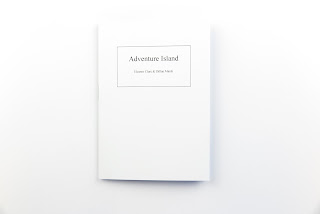 Inside the rubber encasement, the foot is cold and clammy.
The air, perhaps, has finally got into the body. The nose breathes delicately in, the lips quivering slightly. The stomach recoils 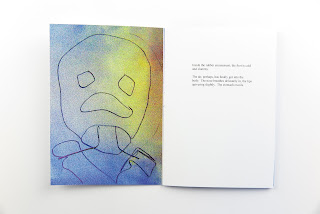 A vapour, so subtle as to be barely perceptible, swirls its whispery trails around both the rotting and the living. It leaves behind the sensation of salty dampness and a smell that is almost sweet. Everything mingles under its invisible mist. 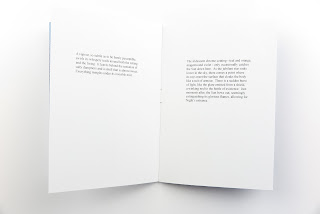 The iridescent chrome coating - teal and orange, magenta and violet - only occasionally catches the Sun down here. As the jubilant star sinks lower in the sky, there comes a point where its rays meet the surface that cloaks the body like a suit of armour. There is a sudden burst of light, like the glare emitted from a shield, a winking nod to the battle of existence. Just moments after, the Sun bows out, seemingly extinguishing its glorious flames, allowing for Night’s entrance. 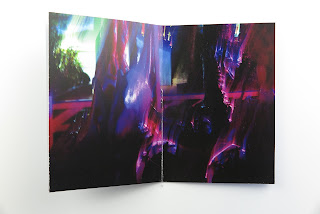 And what of the Sun? He shrouds his glowing face by night, creeping furtively around deserted streets and back alleys, or cowering from discovery in the hedgerows. For this is the deal: he must give Night its turn to show, and by this means preserve the allure of his radiant presence, for one must never outstay one’s welcome. As they say in this shady business, “always leave ‘em wanting more.” 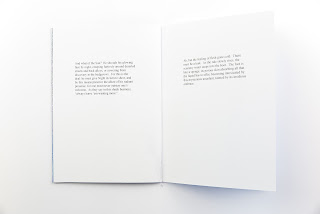 Ah, but the feeling of flesh gone cold. There must be a leak. As the tide slowly rises, the scummy water seeps into the boot. The foot is like a sponge, its porous skin absorbing all that the liquid has to offer, becoming intoxicated by this mysterious assailant, tainted by its insidious embrace. 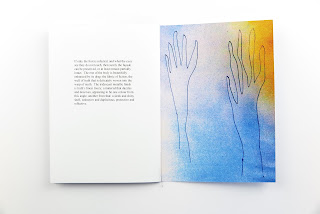 If only the foot is infected, and what the eyes see they do not touch, then surely the façade can be preserved, or at least remain partially intact. The rest of the body is beautifully enhanced by its drag: the fabric of fiction, the weft of truth that is delicately woven into the warp of myth. The iridescent metallic finish is truth’s finest livery; a material that dazzles and deceives, appearing to be one colour from this angle, another from that: a sleek and shiny shell, seductive and duplicitous, protective and reflective.
Posted by at 08:52